A couple of weeks back there was a book sale in Mangalore. Enticed by the low price that they had advertised for their books, I entered the dingy exhibition hall with the hope of picking up some interesting books. My excitement was short lived, as I saw stacks of tediously ubiquitous popular titles welcoming me. I remembered a quote by Haruki Murakami. “If you only read the books that everyone else is reading, you can only think what everyone else is thinking”. Any bibliophile worth his salt would live by this adage.

After navigating through the labyrinth of Fifty Shades of Whatnot, I saw some critically acclaimed books hidden under the heaps of cheesy bestsellers. Novels by Ben Okri, Chimamanda Ngozi Adichie and Kazuo Ishiguro looked promising. I picked up few of their books and asked the vendor if I could get more books by these authors. He looked at me disdainfully and said ‘Nobody likes to read such books.’ He pointed at his stacks of Fifty Shades of Whatnot and continued ‘That’s what people read.’

I was delighted that at least I found what I liked. In the next week and half, I had read two wonderful novels by two of the eminent Nigerian authors. These novels gave me a window to the magnificent land in West Africa. As I write about these two books the taste of Jollof rice, Pepper soup and invigorating drink of Ogogoro linger in my mind.

Half of a Yellow Sun by Chimamanda Ngozi Adichie

Half of a Yellow Sun is the winner of The Orange Prize for Fiction in 2007. Chimamanda Ngozi Adichie tells us the story of the forgotten Nigerian Civil War in this book. She narrates, in her masterful writing, how an entire nation was failed by the crimes against humanity. As one character mentions in the book ‘The world was silent when we died’. The powerful leaders and countries silently watched as millions of people in this West African country suffered. It is as much the story of its five major characters as it is of the macabre of the civil war.

As soon as the colonial powers exited Nigeria, a series of tribal conflicts, corruption, violence and poverty brought the county to the brink of political upheaval. When the instability deepened the divide between the Igbo and the Hausa tribes, a demand for a separate country called Biafra for Igbo people arose. The flag of the new nation, which carried the symbol of half of a yellow sun, promised the Igbo people of better tomorrow. 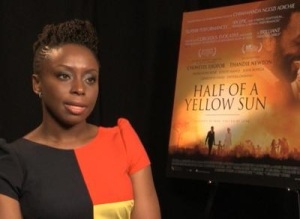 There are five major characters in this novel. Olanna and Kainene are twin sisters hailing from an elite Igbo family. They both are very different from one other. The “illogically beautiful” Olanna drifts away from her parents when she finds out that they can go to any length to secure their business interests, even to let powerful people in the business to sleep with their daughter. She works as a school teacher and lives with Odenigbo. He is a University professor and a champion of socialism and tribalism. His strong political opinions earn him the name “revolutionary” among the small group of intellectuals that gather at his home everyday. Kainene is completely different from her sister. She is a strong-headed woman and she has always made her parents proud. In her father’s words, “she is not just like a son, but she is like two.” Richard is her boyfriend. He is a British writer who supports the Biafra cause. Ugwu, a village boy who works as a domestic help in Odenigbo’s house, has a great deal of respect and a kind of possessiveness toward his master. Through the eyes of these characters the story unfolds. As the war progresses their lives take unexpected turn. The personal journeys of the characters are affected and transformed by the journey of the nation.

The novel explores the stark realities of Nigeria. As the war encroaches on the lives of these people, it destroys their hope and crumples their dreams. Some of the characters grow through this ordeal. They become stronger with endurance and patience. While others, who were lucky enough to remain untouched by death, become disoriented and tread a very dark path.

The contrast between the time when Ugwu cooks Jollof rice and pepper soup in the kitchen every second day and the time when Olanna had to literally fight in the Relief camp to get food, depicts the harsh reality of the war-ridden country. The critical eyes of the author do not spare anyone here. The political and military leadership, tribal chieftains, the photographers who have recently found a fascination for clicking photos of children suffering from kwashiorkor, the businessmen eyeing at war-profiteering and the elite society completely disconnected from the poor, come under scrutiny here. Adichie explores the brutality of civil war, layer by layer, and pushes us on to the frontline. And what we see there is a very gruesome picture. Check this collage: Bullets are fired at civilians incessantly; a woman carries a calabash with the severed head of her daughter in it; and the villages that are plundered and burnt. The violence doesn’t stop there. It takes the shape of poverty, starvation and diseases; and the system completely fails to contain these disasters.

Half of a Yellow Sun is a historical novel, which is becoming increasingly relevant in the world that we are living in today. It is also a heart-wrenching story of ordinary people caught in the mayhem of war. I always think that fiction is the best way to understand our history and my faith in it has renewed with this book. Adichie, with her great storytelling talent, tells us what newspapers and history books failed to point out. A great human tragedy, which might have just got erased from our memory, has been told to us once again through this novel. Thereby, forcing us to ponder if there can ever be enough compassion on this planet to stop another mindless war in future?

The Famished Road by Ben Okri

Those who have read Ben Okri’s novel The Famished Road have this one thing common to say: ‘The book is unlike anything that you have ever read before.’ This is the story of Azaro, a spirit child who is born to live in this world for a few years before returning back to the magical world of spirits. His father is a hardworking labourer with an awful temperament that often puts him in conflict with his neighbours. Azaro’s mother works as a hawker in the market for a meagre income. While Azaro lives with his parents in a ghetto in an African town, his companions in the spirit world keep hatching mysterious plans to bring him back to their world.

Madam Koto is an ambitious woman who runs the local watering hole. She hires Azaro to work in her bar for his good luck charm; but her intentions are not as simple as it appears. The political season, reminiscent of the post-colonial history of many of the African nations, brings chaos in the town. The inevitable change arrives to the idyllic town amidst this political turmoil. Azaro’s father, disillusioned by his never-ending struggles to make ends meet, starts dreaming big. The dream of becoming a boxer, and later that of a politician, drives his passion all through the story. Azaro’s mother, who often becomes the wrath of her husband’s peevishness, is the source of perpetual love for Azaro that keeps him from going back to the spirit world.

Azaro is not completely disconnected from the spirit world. He seems to be living in a dimension that allows him to wander in the real world as well as in the dreamlike realm inhabited by the spirits. Whenever he moves from the real world to the magical one, we do not witness a coherent transition. The reality merges into the fabulous with the fluidity of a fine poetry. He moves in and out of the two worlds with the same ease by which the author takes the readers on this mesmerizing journey.

Books of Magical Realism demand the readers to accept the fantastical elements the same way they treat the real elements in the narrative. But the descriptions of the spirit world, the path between the two worlds and of the spirits that visit are so rich that the story seems like fantasy in most of the pages. Ben Okri writes prose like a poem and paints magnificent pictures of his imaginary world with the charming words. Sample the first paragraph of the novel.

“In the beginning there was a river. The river became a road and the road branched out to the whole world. And because the road was once a river it was always hungry.”

The book is filled with Okri’s rich imagination and excellent writing. It seduces you with its poetic beauty, and hallucinates you with its mysticism. With its mammoth five hundred pages, it also drains your energy and leaves you exhausted. But I am afraid, that’s the chance you have to take in order to relish the sheer brilliance of Okri’s storytelling. 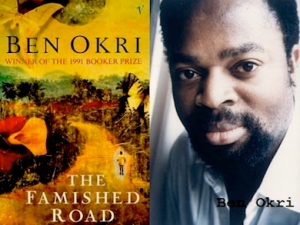 I couldn’t help but notice the influence of Gabriel García Márquez. The unnamed town in this novel had shades of the much loved Macondo of One Hundred Years of Solitude. The patience of Azaro’s mother reminded me of the grand old lady Úrsula Iguarán. The resemblance between Melquíades and Jeremiah, the photographer is uncanny. Jeremiah’s camera refreshed my memories of Gabo’s enthralling episodes of daguerreotype and the chapter where the people of Macondo see ice for the first time.

Ben Okri’s book won The Booker Prize in 1991. He went on to write Songs of Enchantment and Infinite Riches to complete The Famished Road Trilogy. Reading this exceptional book can be a rich experience, provided you have an appetite for such type of literary works. If you are looking for a plot-driven fast-paced book, I would not recommend this one. The Famished Road takes you in to the rich world of Nigerian mythology. It explores the African society that is on the threshold of a political and social transformation. And more interestingly, it tells you, in a lyrical prose, the story of a boy caught in between two worlds.

by "Musings On Life" (Kavita Panyam) 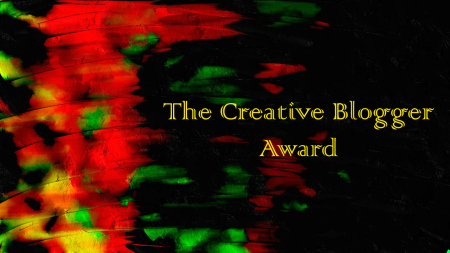 by "The Shiva's Ponder" Shiva Malekopmath